At the “ESSA future tasks” workshop it was proposed that ESSA shall act as a neutral information platform and educate the market. Furthermore, it was suggested to inform about the difference between the standards EN 1047-1 and EN 15659. We therefore created the first “ESSA White Paper”. The White Paper focuses on explaining the differences between the standards EN 1047-1, EN 15659, UL 72 and NT Fire 017 in a neutral form. The weaknesses and strengths of each standard are explained and compared.

The version 1.0 is available exclusively for ESSA members here. It is planned to publish the document in a few months on the ESSA webpage as version 1.1.

If you have comments, which should be added in a later version, please send them to us by 1 April 2020. The comments may be editorial or technical. Comments based on marketing issues will not be integrated, to keep the document neutral.

On 13 February 2020 the WG 3 members held their meeting at AFNOR in Saint Denis (France). The participants managed to discuss every single comment on the internal WG 3 comment list.

Some additional points will have to be discussed in the next meeting, for instance, if only the encrypting software or also the encrypting hardware must be approved by a body like ENISA, NIST, BSI etc. Furthermore, requirements for marking the components must be set.

Until the meeting, the standard will be written into a “CEN-friendly” format, so that it can be sent to CEN for voting as soon as all open points have been agreed on. 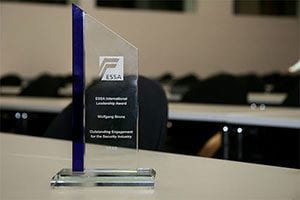 With the annual ESSA International Leadership Award, the European Security Systems Association (ESSA) e.V. honours personalities who make a special contribution to the further development of the industry through extraordinary commitment. In recent years, the award has been presented to Theodor Stacke, Pieter de Vlaam and Wolfang Bruna.

This year we are again asking for suggestions from members for the 2020 award winner, including the reason for the honour. These can be submitted to us in the course of this year by September 1, 2020 at the latest and will then be presented to the board.

Today the Indian Standardization Institute handed in an application to ISO, proposing to start a new international technical committee for safes. The following new international standards are proposed to be written by the group, in case the committee is founded:

The proposal will be discussed in the 150 national standardization organisations until May. We will inform you on the developments of this project.

In future, further White Papers will be published. One of the planned topics is writing a paper on which safe to choose not based in insurance values, but based on the burglar, which the safe can protect from. As this topic is not based on an exact value, we will organise a telephone conference to discuss the content of the White Paper.

In case, you are interested to work with us together on the paper and join this ESSA White Paper committee, please contact us. You will then get a first draft of the White Paper, which will then be discussed and adapted during the telephone conference.

In our last newsletter we pointed out that if a law requires that a product must be certified by a body in the EU, these products may not be allowed after the BREXIT transition period is over.

Vote on reaffirmation of UL 72

Between the 3rd of January 2020 and the 17th of February 2020 a vote in the American standardization committee STP 0072 was held, on whether the UL 72 standard (“Tests for fire resistance of record protection equipment”) in its version of 2015 shall be reaffirmed.

The precondition for such a vote is that a two thirds agreement is made. As 100 % of the participants voted in favour, the Ul 72 is reaffirmed.

Effects of BREXIT on the secure storage industry

Today, at 23:00 GMT, the BREXIT will be initiated. There are currently no direct effects, as there is still a transitional period until 31 December 2020.

In certain areas of application some national laws (e.g. in Germany, Poland and Spain) stipulate for secure storage units that these must be certified by bodies from the EU or EFTA area. Formally speaking, secure storage units with British certificates would no longer be permitted for these areas of application. However, national laws for instance in Germany state that also in these cases there is a transition period until 31 December 2020. To be sure, it should be checked for each country, if the transition period is also valid for these cases.

British products with certificates of a body in the EU may still be used for these legally regulated areas after 31 December 2020.

From 21 November to 21 December 2019 a CEN vote at TC 263 level took place. Content of the vote was the question, if the Ukrainian standardization body DSTU may in future have an observer status in CEN/TC 263 (“Secure storage of cash, valuables and data media”) and their working groups. As seven CEN members voted in favour and no one against, in future DSTU will have an observer status in CEN/TC 263 WG 1, WG 2, WG 3 and WG 5. DSTU will be permitted to view the documents and to give its comments, however, without voting rights. Furthermore, the DTSU observer has the obligation to inform the working groups on the activities within the Ukrainian Technical Bodies. 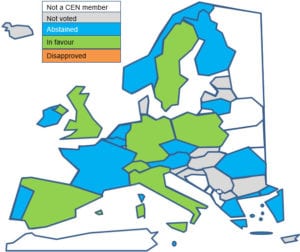 European Standards used outside of Europe

A proof of the acceptance of the European Standards published by the committee CEN/TC 263 is that these are also published in countries outside of Europe. These international standards are usually only published once and not updated like their European counterpart.

A few examples are listed in the table below. 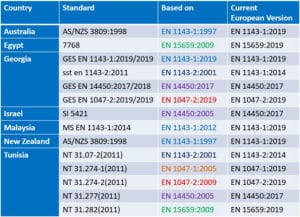 FRANKFURT/MAIN – 28 November 2019. Since 1977 Wolfgang Bruna has been designing safes for his employer Wertheim in Guntramsdorf near Vienna. For more than two decades, he is committed to high manufacturer-independent security standards at European level – and has since missed only one of dozens of working group meetings. Now, since 14 November 2019, he is the laureate of the ESSA International Leadership Award 2019. The European Security Systems Association (ESSA) e.V. awards the prize annually to personalities who make a special contribution to the further development of the industry through their extraordinary commitment.

Bruna has dedicated his entire professional life to safes and their security. During the award ceremony at the ESSA general meeting in 2019, he explained what drives him: “Safes are circulating in my veins”.

Striving for the best solution for the entire industry

In his laudation, ESSA Managing Director Dr. Markus Heering emphasized Bruna’s constructive leadership approach. “What we appreciate so much about Wolfgang Bruna is that he always argues on a sound technical basis, often taking a step back from his own interests – and that his calm, patient manner does not let up until the best standardization solution for the entire industry has been found,” Heering explained. For instance, the awardee has been patiently working for two decades, to adapt the tool list for destructive security testing of safes and strongrooms to the current state of the art. This perseverance was probably also connected with Bruna’s hobby: The passionate runner has completed various marathons.

Bruna has been a member of the board of the European Security Systems Association since 2009. In his acceptance speech, he reported on how European standardisation has changed his professional life. When he started his career, rigid technical rules deprived any freedom and creativity of safe-designers. This changed with the agreement of binding, manufacturer-independent standards that opened up room for different safe designs. In the standardization committees, however, he achieved more: “I learned there how to argue with commitment but always fair and respectfully. Over the years, we have had many hot discussions. But despite all the differences of opinion, the tone was never rude or hurtful,” he emphasized. This way of dealing helped him in his daily work. “In addition to the gain in creativity in safe design, for me this is the most important effect of my involvement in the standardization committees,” Bruna explained. The positive, fair treatment of each other distinguishes the ESSA – and it is radiating to the entire industry. 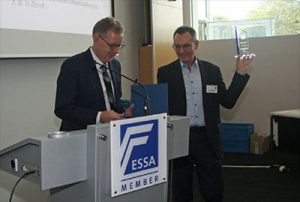 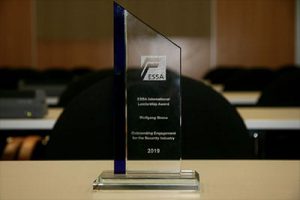 ESSA honours Wolfgang Bruna’s long-standing commitment to the security of safes and strongrooms.

August 2019  EN 16569:2019 has been published  EN 15659:2019 (standard for light fire storage units) was officially put into force by CEN on 7 August 2019. The standard is already available as a national version in five countries. Updates to the 2009 version of the standard include the renaming of the protection levels to LFS 30 and LFS 60, a more precise description of the test specimen choice and a change of the tolerance of the depth from 15 % to 20 %.

At the ESSA General Assembly in November the topic “Hazardous substances in secure storage units” is on the agenda. We have already collected data from product types from the 1950ies to the 1990ies which can contain hazardous substances.

If you have data to share on the topic, please send it to us. The more data we receive the better the presentation will be, which at the end is helpful for every member. We will only present data in an anonymized form. 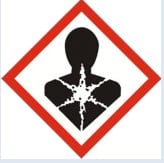 The former version of the accreditation standard ISO/IEC 17025 was from 2005. An update was necessary, as since then the technology has changed. ISO/IEC 17025:2017 enables laboratories to demonstrate that they operate competently and generate valid results, thereby promoting confidence in their work both nationally and around the world.

The secure safe cabinet standard EN 14450:2017 was released in November 2017. The standard covers products meant for purposes where the security resistance required is less than that measured by EN 1143-1. Normally these products are used in lower risk situations. 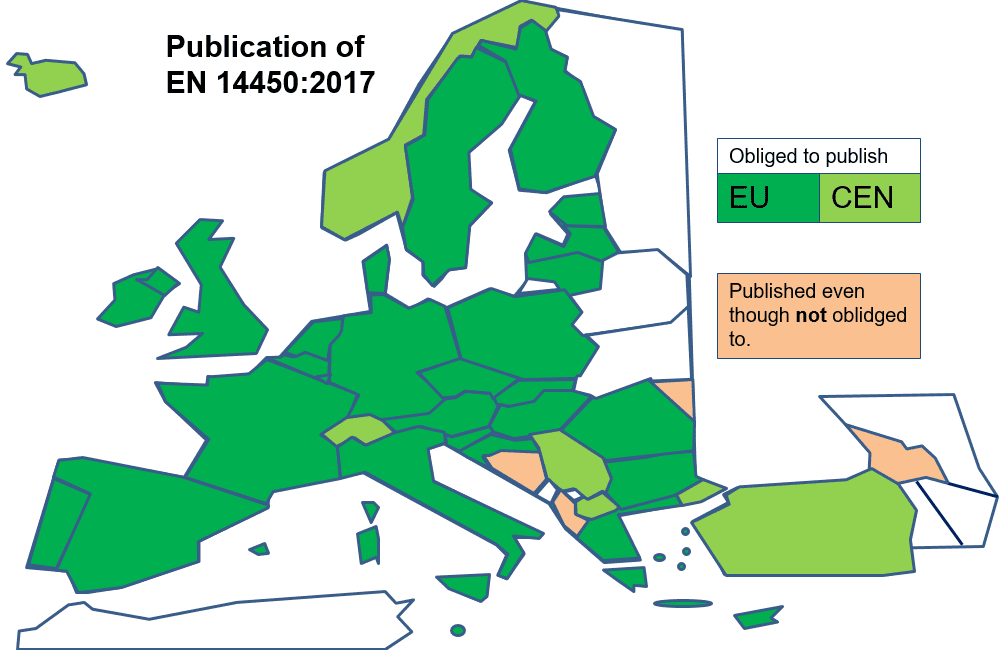 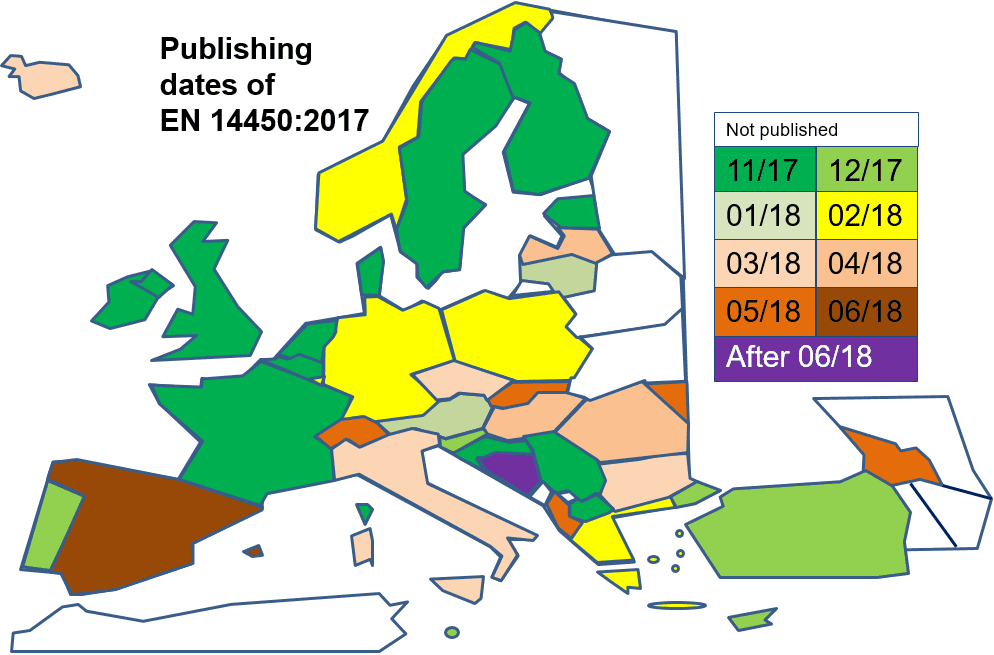